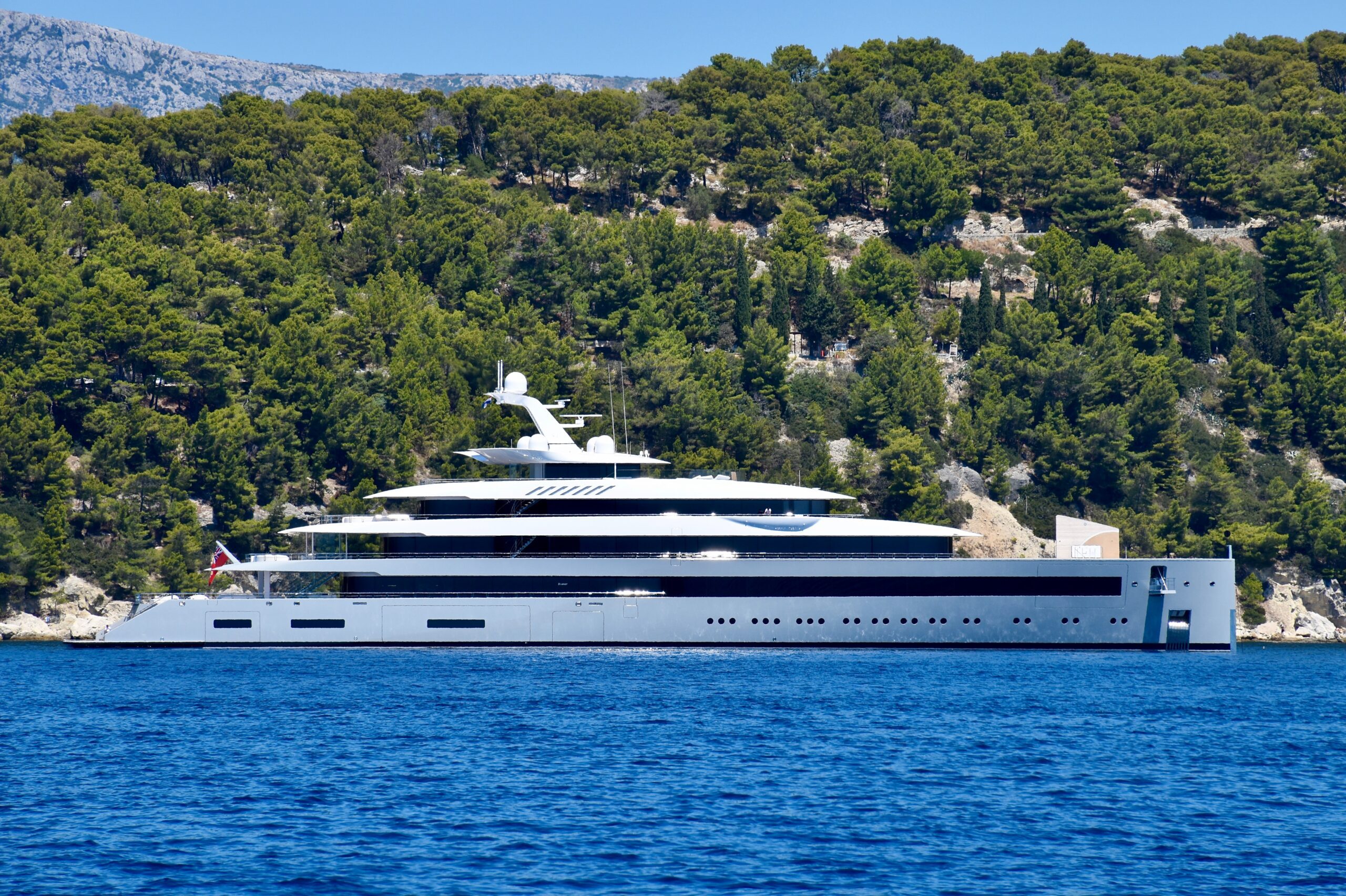 The global size of the yacht charter industry in 2019 was estimated at USD 6.5 billion and is projected to rise from 2020 to 2027 at a compound annual growth rate ( CAGR) of 5.2 percent. The key factors driving the increase are the increasing preference of travelers for luxury marine tourism and customized services. It is expected that rising people ‘s engagement in competitive and leisure boating events around the world will fuel the market. In addition , increasing corporate tourism activities are also projected to contribute significantly to boosting demand. 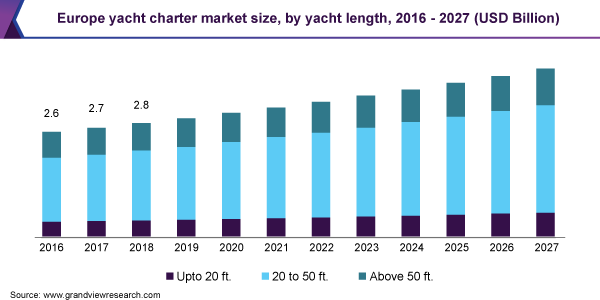 Thanks to the booming tourism industry, increasing disposable income, and people’s propensity to recreational and leisure sports, demand for yacht charter has increased dramatically over the last several years. As an apparent development, the rising wealth of individuals has been observed to add significantly to demand. It is also expected that the rising discretionary income of individuals would have a positive effect on the global economy. The emergence of people with high net worth, which is the main consumer base, rose to 22.4 million in 2018, which is almost 2% more than that of 2017. This hike is supposed to have a favorable impact on the market. In the near future, the increasing luxury travel trend is also projected to generate growth prospects for the global industry.

Given the high Total Cost of Ownership ( TCO) associated with personal yachts, due to the convenient accessibility of yacht chartering, maritime travel and tourism activities were not much affected. Growing numbers of promotional activities, increasing numbers of suppliers of yacht services, and increasing supply are also some of the reasons that drive demand growth. In addition, yacht chartering has been found to be widely favoured by the younger generations. Many young high net worth clients tend to celebrate activities like weekend celebrations, birthdays and anniversaries on charted yachts as holidays.

Offline bookings for yacht charters are reportedly considerably high. Increasing web platforms, however, have proven to be a valuable forum across the globe. It is anticipated that factors such as ease of testing availability and booking yachts online through online platforms would draw a greater number of customers during the forecast period. By synchronizing their offline activities with online platforms, service providers will gain more money. The online booking platforms are also projected to minimize administrative costs per booking, as the online booking portal / software has substantially lower start-up costs relative to the establishment of a traditional physical office site.

The type of crewed charter contract emerged in 2019 as the leading segment and accounted for over 70% of revenue share. The yacht crew is a vital factor in having a good trip for a holiday that consumers still dream about. Also, 79-ft (24-m) is the cutoff point above which it is necessary to have a permanent crew on board in some European countries, so demand for a yacht longer than 79-ft would also fuel the growth of the segment. In the near future, the growing popularity of yacht booking for corporate and anniversary parties is anticipated to fuel demand.

The market for the crew who are familiar with the navigation routes has also been fuelled by changing inclination to maritime tourism and voyages. In addition, for mechanical repairs, such as engine oiling and other system checks for the smooth operation of vessel equipment, the crew is also required to service the yacht. In comparison, high-net – worth individuals squeeze through shorter time periods on more travel itineraries. Over the years, the adoption of crew yachts has raised the high demand for spending quality time during a brief holiday in excellent and impressive accommodations.

In 2019, the motor yacht industry led the industry and was projected to continue its domination during the forecast era. The market is motivated by the benefits of this kind, such as strength and velocity, and the ability to travel longer distances in less time. In addition, motor yachts will also sail in shallow drafts, allowing their visitors the ability to explore virtually every archipelago or coastline, regardless of whether the passage is narrow or whether the water is shallow. Significant growth in luxury marine tourism in the recent past is also anticipated over the projected timeframe to improve the market.

The motor-yacht market is also projected to emerge during the forecast era as the fastest-growing segment. The high demand for motor yachts for both personal and recreational activities in countries around the world, particularly in the Mediterranean region, can be attributed to this development. Countries such as Croatia, Morocco, and the United States have seen active participation by adults in demand-boosting activities and recreational boating activities. The reasons anticipated to help the increase are growing demand for leisure sports, competitions, and retail sales due to increasing affinity for outdoor recreational activities.

Europe has emerged in 2019 as the main regional market and is projected to continue to lead over the forecast timeframe. The bulk of the regional revenue share is held by countries such as Greece, Croatia and Turkey, which are among the most popular tourist destinations. Factors such as the rising popularity of water adventures and fishing activities and the raising number of high-net – worth individuals are also anticipated over the forecast period to boost the regional market.

Over the projected era, Asia Pacific is expected to emerge as the country with the highest development. A critical factor responsible for shifting consumer tastes is the increased quality of living attributed to a increase in disposable income. In addition, government policies to improve tourism activities are anticipated to fuel development in countries such as India and China. The progress is supposed to be fuelled by initiatives such as Fantastic India and the Swadesh Darshan Scheme in India.

The rising popularity of recreational activities in countries such as Australia, China , Thailand, Indonesia and Singapore, backed by increasing involvement in marine recreational activities, is also expected to fuel regional growth. Recently, however, the Covid-19 epidemic has impacted the GDP of countries such as China, South Korea, and Italy. The industry is anticipated to see steady growth in the near future due to this outbreak.

If you are interested in purchasing a yacht, you can review our offer here.